Poe's fame has been subject to curious undulations, and it is now a fashion amongst the “advanced intelligentsia” to minimize his importance both as an artist and as an influence; but it would be hard for any mature and reflective critic to deny the tremendous value of his work and the persuasive potency of his mind as an opener of artistic vistas.

True, his type of outlook may have been anticipated; but it was he who first realized its possibilities and gave it supreme form and systematic expression. True also, that subsequent writers may have produced greater single tales than this; but again we must comprehend that it was only he who taught them by example and precept the art which they, having the way cleared for them and given an explicit guide, were perhaps able to carry to greater lenghts. Whatever his limitations, poe did that which no one else ever did or could have done; and to him we owe the modern horror-story in its final and perfect state. / H.P. Lovecraft

From my infancy I was noted for the docility and humanity of my disposition. My tenderness of heart was even so conspicuous as to make me the jest of my companions. I was especially fond of animals, and was indulged by my parents with a great variety of pets. With these I spent most of my time, and never was so happy as when feeding and caressing them. This peculiarity of character grew with my growth, and, in my manhood, I derived from it one of my principal sources of pleasure. To those who have cherished an affection for a faithful and sagacious dog, I need hardly be at the trouble of explaining the nature or the intensity of the gratification thus derivable. There is something in the unselfish and self-sacrificing love of a brute, which goes directly to the heart of him who has had frequent occasion to test the paltry friendship and gossamer fidelity of mere Man. I...
Leer más 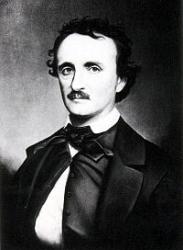